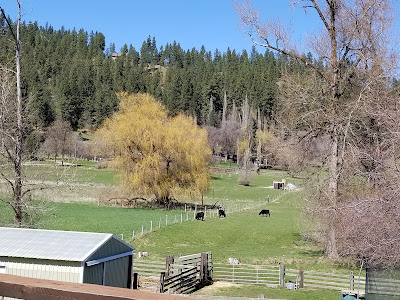 
If a cougar really does show up in our back pasture, and when we inevitably lose a cat to a coyote or a hawk, I hope I will always return thanks to the Creator for His diverse, interconnected, and magnificent creatures and the chance I have to watch His wondrous systems in action. I trust that He knows what He’s doing, and that He put each of these things here for a reason.
Posted by Alisse Garner Metge at 12:15 AM