Dawkins is indeed correct that if God is not a scientific hypothesis, then he can’t hold any more prominent place in science than fairies do. However, Dawkins’ statement reveals two logical errors lurking in his philosophy. The first is his assumption that anything that isn’t a scientific hypothesis isn’t worth considering—i.e. he is revealing his scientism. The second error is the reasoning, common to many atheists, that if there is a God, and if he interacts with the natural world at all, then his actions should be empirically detectable. (Don’t ask me how they “know” this-- it is an untestable assumption. One could just as reasonably claim that the way to detect God is through our spiritual rather than our physical senses, and there would be no scientific way to refute that.) Ironically, the sign-seeking argument that a deity must be physically detectable is used not only by some atheists who say, “see, there’s no evidence for God, because we have never detected him,” but also by some believers who wish to make a place for God within science.

I have spent a considerable amount of time cautioning the first of these groups, including my fellow scientists, against representing science as atheistic. It is not. Science is agnostic—it  cannot claim any knowledge one way or the other about God. If you don’t want to take my word for it, I would refer you again to the UC Berkeley website and leave it at that for today: Science has limits

Now let’s turn the tables a bit and take a look at those segments of society that wish to embed God in science. Many religious people object to the idea that science tries to describe the natural world—God’s creation—without reference to God. While some of these groups openly regard science as the enemy, others of them try to couch their religious beliefs as a new kind of science that can include God. While I understand their desire to give the Creator credit at every turn (which I do from a religious standpoint), efforts to do so from within science quickly become problematic. This is a complex and multi-faceted topic that keeps me awake at night, and I can only scratch the surface here. But for a start, let’s consider this analogy:

Many believe that God has influenced various historical events. How, then, would you propose to teach in the public schools, to Christians, Muslims, Jews, Hindus, Buddhists, pagan animists, atheists, etc., history with God inserted? Everyone has their own account—commonly called scripture—of God’s dealings with mankind, and everyone has their own idea about how God (defined differently by all of them) has worked. What if, in the middle of a secular history class, the teacher or a student wanted to insert an explanation that the Hindu god Shiva had caused some historical event, or that Allah had, or that Jehovah had? And once that can of worms was opened, someone else could assert that fairies had caused something, or that aliens had. How would you test any of these claims, and how would you settle the disputes? It would be absurd to think that we could teach history or conduct scholarly historical research this way. But no less absurd is the idea that because the study of secular history does not include God, we should reject it as a discipline. The same could be said for political theory, sociology, economics, and innumerable other fields. We don’t throw out a hammer or a wrench just because it can’t saw a board, and we don’t expect any one tool to perform all functions.

It is no different with science. In order to study the natural world and communicate with each other about it, we had to devise a system (over the centuries) that put people of all beliefs on equal ground, with access to the same data, through their senses only. The scientific method seeks to do that by prohibiting up front all hypotheses that cannot be tested by the physical senses. Even this kind of evidence is hard enough to agree on, but at least it can be seen, measured, and experienced by people of any religious persuasion. To insist that science include Diety (and whose Diety?—we’d have to entertain all imagined types) would require us to abandon the hypothesis-testing foundation that makes science reliable. Science (and the centuries of work required to develop its methods) would regress and scientific progress would flounder under the infusion of disparate, untestable beliefs.

Those who have attempted to formalize a method for detecting God empirically have had to begin by adopting untestable assumptions about how God works, and some of these assumptions are objectionable to people of varying faiths. I am thinking specifically of the Intelligent Design (ID) movement in the United States, which is the most sophisticated attempt to date to carve out a space for God within science. (Although spokesmen for ID are usually careful not to specify the designer or imply that they are talking about God, their arguments do indeed have direct theological implications.) On close examination, the assumptions of ID would produce a science that may be untenable for Buddhists, Taoists, and various Christian groups, such as Mormons, among others. (This is to say nothing of the scientific objections to ID, which are many.) Additionally, by attempting to create a scientific way to prove God, the arguments of ID would unintentionally create empirical ways to disprove God, something which science is currently incapable of doing. Thankfully, so far the methods developed by the ID movement don’t work, or else aggressive atheists would have all kinds of new ammunition in their hands! In short, ID is a prime example of why attempts to make God a scientific hypothesis are problematic from both scientific and religious standpoints.

I advocate the scientific method, not only for protecting science against untestable and unfalsifiable claims, but also for protecting religious freedom against the various philosophical claims of pseudoscience, both theistic and atheistic.
Posted by Alisse Garner Metge at 10:56 AM 1 comment:

Calling for Education Reform in Science

All around us in society today, scientific knowledge and scientifically-developed technology are applied to value-laden situations and questions, which lie outside the jurisdiction of science. Such practical application, one could argue, is ultimately what science is for-- not only for understanding our world but for improving our situation within it. But in such application, scientists need to be very careful to understand where their science stops and where personal philosophies begin. 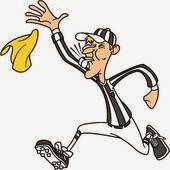 In a previous post, I gave you some examples of what I would call “boundary violations” by scientists. In each case, the scientist stated a non-scientific, personal philosophy as if it were a direct conclusion of science. And in each case, the statement could have been corrected and conflict could have been avoided if the scientists had recognized and respected the limits of science and acknowledged their own personal biases.


Because I am religious and I am a scientist, I have to cross the boundary between science and non-science on a daily basis. Therefore, I had better be darn sure of where that boundary is if I’m going to maintain credibility as a scientist. Why then, I wonder, have we allowed the science-supports-atheism misconceptions promoted by some scientists to go largely unrefuted by the general scientific community? Shouldn’t scientists making such claims have lost their credibility on that subject by now? The only explanation I can think of is that many scientists and certainly most of the general populace have quit thinking carefully about where science starts and stops. We are not being trained to recognize the limits of science, and I believe this poses a long-term threat to the credibility of science itself.


I am calling for an adjustment in the way we teach science, with emphasis on recognizing what science is and what it is not. In our science classes, presenting a little flow chart of the scientific method and then moving on to a list of “facts” to memorize is not adequate. We should be looking back through the history of science-- to Galileo, Newton, Descartes, Bacon, Popper, and others-- to remind ourselves why and how science came to develop and adopt the scientific method in the first place, and how that sets science apart from other fields. Our students need practice in how to construct hypotheses that can be addressed by that method and recognizing what kinds of hypotheses cannot. This will lead to added emphasis on the idea that science is not the only field with valuable insights to contribute to our broader knowledge. We will thus rediscover that it was the scientific method that allowed us to maintain the integrity of science as a system that is both reliable and neutral with regard to the religious and ethical portions of human knowledge. I will be so bold as to suggest that the scientific method-- the limits it imposes-- is the very reason science can be compatible with religion (nearly the whole spectrum of it) and with various human ethical systems.


In short, I am a staunch defender of the scientific method-- and an advocate for teaching it more effectively-- because of both what it can tell us and what it cannot tell us.
Posted by Alisse Garner Metge at 10:40 PM 2 comments: