Nature as a Witness 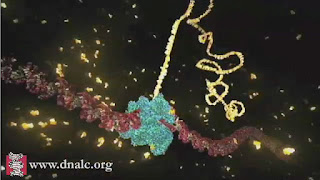 I still remember the first time I learned about the cellular process of DNA transcription and mRNA translation-- the process by which the DNA “tells” the cell what protein to make. I was in eighth grade, and my marvelous biology teacher, whom I credit with inspiring my career, was diagramming the details on the chalkboard with fat, neon-colored chalk. As I began to grasp the beautiful intricacy, precision, and sheer genius of that complex molecular process, tingles of excitement literally went up and down my spine. It was the most breathtakingly elegant thing I had ever seen! In that moment of awe and wonder, I also experienced a profound witness in my heart that there is indeed a Creator.

In the time since then, I have learned that while many, probably most, of my fellow scientists frequently experience a deep sense of wonder for nature, not all of them feel the accompanying spiritual witness of God that I experience in such moments. Certainly some of them do, but there are many who feel a reverent awe for nature without ever feeling or acknowledging the Deity responsible for it. It is obvious that having a detailed understanding of or an emotionally moving experience with God’s creation does not, in and of itself, confer a belief in God. These are separate kinds of knowledge. I’m not only talking about the difference between scientific and other kinds of knowledge, which I have discussed at length on this blog, but also the difference between an emotional experience with nature’s wonders and a spiritual experience with God.


Because believers very often do feel a connection between the natural world and spiritual experience, it is understandable and appropriate that they tend to cite natural wonders as inspiration for their belief, as in one of my favorite hymns, "How Great Thou Art." However, I have observed the tendency of some of my fellow believers to veer off into presenting “scientific” reasons nature gives us to believe in God. Rather than testifying of the spiritual witness they have received through observing nature, they begin talking about the probability of molecular events or about the structural complexity of little cellular machines, as if these were scientific evidence for God. While I would never want to downplay the witness they may have received through such knowledge, just as I experienced in eighth grade biology class, I feel an obligation to remind them that such examples are not scientific proof of God, nor does the wonder they inspire equate to a witness. Usually, we are not going to convince someone else to believe in God simply by detailing the magnificent structure of a bacterial flagellum, and usually, these kinds of “proofs,” offered to non-believers, quickly become contentious.

It is interesting to note that in the cultural war between science and religion, people on both ends of the spectrum resort to arguments that sound scientific (but which, on close inspection, are not) in order to prove or disprove God. For example, on one end, Richard Dawkins shows why molecular evidence refutes the kind of God he imagines (his theological and philosophical assumptions), and on the other end, Michael Behe tries to demonstrate molecular evidence for the kind of God he imagines (his philosophical and theological assumptions), while neither acknowledges the utter inability of science to verify their beginning assumptions. It’s almost as if our whole society tacitly acknowledges that scientific arguments are really the only kind that can be convincing and dismisses arguments about deeper meaning. While limiting questions in this way is appropriate and necessary within science, outside of the realm of science it is utterly absurd. Jewish journalist Yuval Levin has stated:

""[... We] have become all too accustomed to asking only scientific questions, and this is the true source of our problems. . . .
“Science cannot search for meaning. In the study of nature, this handicap is not debilitating, since we do not need to grasp for meaning, or even to believe there is any, in order to develop a useful understanding of the natural world. But this handicap becomes a complete paralysis when the scientist turns his attention toward man. The scientific method is fundamentally incapable of providing us with a meaningful understanding of nearly anything about the life of man as he experiences it. And yet, the success of science in other realms convinces us that anything it cannot tell us could not be worth knowing. It teaches us to be satisfied with incomplete answers, and tells us that our search for meaning is misguided." (from Tyranny of Reason: The Origins and Consequences of the Social Scientific Outlook, p. xvii.)

Of course, our search for meaning is not misguided. What is misguided is the tendency in our society to want to “prove” or “disprove” things of meaning by resorting to science. Science can give us an idea of how things work, but it cannot give us a reason to care.

At the end of the day, God is not known to us through probability distributions, the composition of cellular structures, or the behavior of subatomic particles. He is known through a quiet witness to our minds and hearts. No amount of physical evidence can substitute for or negate that witness, but once that witness is obtained, then all of nature begins to testify to us of a Creator.
Posted by Alisse Garner Metge at 2:46 PM