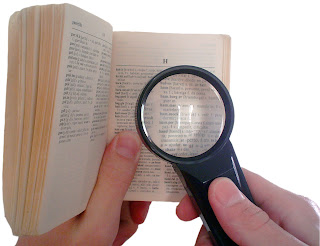 As you recall, we were about to define Science. I could have a tendency to get very long-winded about this, because:

“Scientists, curiously, have been rather inarticulate about stating what science is all about.” -Ernst Mayr (1982)

“...I cannot give you one single definition of science. Instead, I can describe what philosophers of science generally consider some of the attributes that characterize scientific thinking and methodology today.”- Michael Ruse (1996)

So what are those attributes? Let’s toss around a few statements from prominent scientists and one from the dictionary, explaining kinda-sorta what science is:

“Science is not a body of knowledge. The body of knowledge we refer to as ‘scientific’ is a product of science, but it does not define it. ...science is a method used to uncover and provisionally explain observations about the world, as well as to predict future observations.” - Massimo Pigliucci (2002:127-128)

“Even though no one will question the indispensability of the method, the almost exclusive preoccupation of some philosophers of science with method has deflected attention from the more basic purpose of science, which is to increase our understanding of the world in which we live, and of ourselves. ...Yet to think of science merely as an accumulation of facts is very misleading. ...Tentatively one might suggest that what characterizes science is the rigor of its methodology, the possibility of testing or falsifying its conclusions, and of establishing noncontradictory ‘paradigms’ (systems of theories). Method, even if it is not all of science, is one of its important aspects…” - Ernst Mayr (1982:23-24)

You will note that while there is some disagreement here about whether science includes a body of knowledge, there is no disagreement that the method is central. The consensus seems to be:

Either way, the important point is that science isn’t just “learning about nature and stuff,” and it isn’t a list of facts; it is a specific process. We should note that the method itself does not always proceed in as neat and orderly a fashion as the average “scientific method flowchart” represents. But it is certainly not haphazard! Here’s a great website that discusses how science really works: How Science Works

The central idea of the scientific method is that we test our hypotheses about the natural world against evidence gathered by our five senses (or instruments that extend them) through experiment and observation). Let me just emphasize those words again, so that you can’t miss them: test, natural world, evidence, five senses, experiment and observation.

Does that sound like it includes every imaginable kind of knowledge? Certainly not! Because of all the above criteria:
“Science is a limited, bounded enterprise.” -Massimo Pigliucci (2002:146)

And it does not contain all of truth.

Remember this! No, there will not be a quiz later. But getting this right is important, you know, “and that’s why I’m bothering telling you so.” (Dr. Seuss)
Posted by Alisse Garner Metge at 6:25 PM